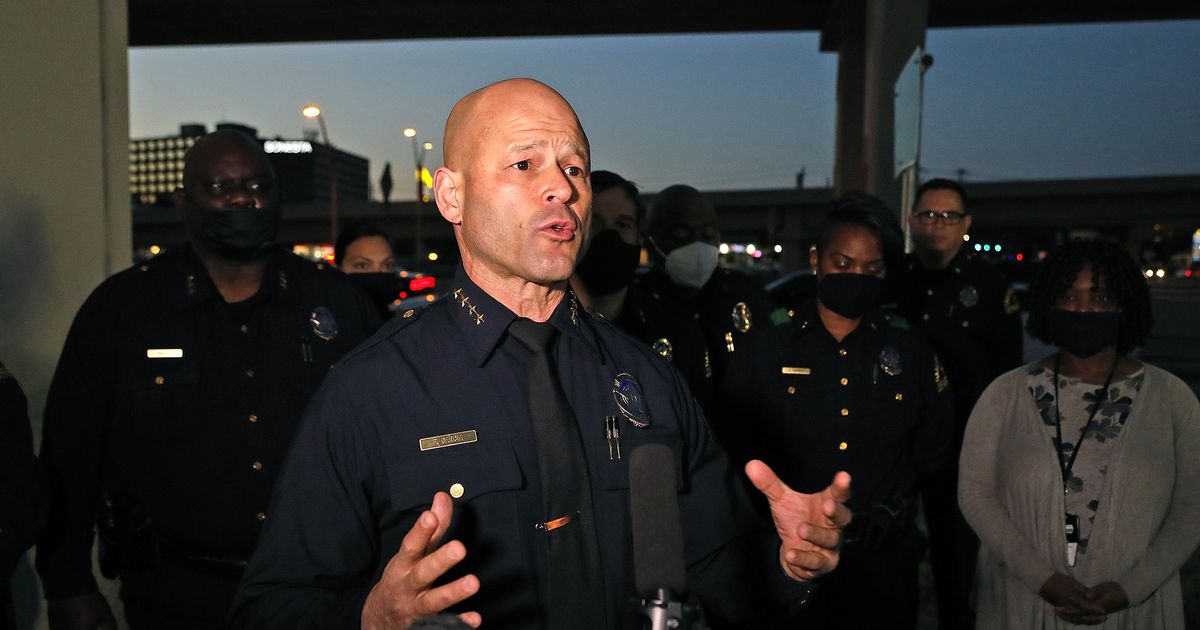 Dallas Police Chief Eddie Garcia has pledged to have a workable plan to reduce violent crime and based on the presentation he is due to give to the city council this week, Garcia is moving in the right direction.

What strikes us about the plan is that it is not trying to reinvent the wheel, but that it is holistic, requires the participation of local residents, focuses enforcement on criminal trouble spots and seeks cooperation with other city departments. The most enjoyable part of this strategy is the boss working with criminologists at the University of Texas at San Antonio to see what has worked elsewhere and to put in place a data-driven process that puts emphasis on analysis, implementation, ongoing evaluation and, if necessary, revision .

The plan has three main components. The first is to build from proven evidence that a handful of criminals are responsible for most of the crime in a city and that many crimes are committed in specific geographic areas. Garcia’s strategy divides the city into networks and focuses on the 5.6% of the networks where violent crime fell victim to 2020.

The second promises to pay special attention if necessary and involve other city departments from adhering to the code to park and recreation in the assessment and response. The aim is to involve municipal departments that traditionally operate in administrative silos in the problem-solving process. For example, park officials will be more involved in the conversation about fighting crime in parks, and compliance and housing will have more voices at the table to tackle abandoned houses, tall weeds and other urban issues that lead to criminal activity could. Solving problems before they become magnets for criminal activity is smarter and more effective than allowing crimes to be resolved and then trying to eliminate them.

The third element links deterrence to several factors, including the importance of building quality, non-threatening relationships with residents who want a safer neighborhood. Officers are asked to interact with residents as partners and not with potential fighters. This benefits the morale of the community and also uses the affected citizens as a source of information about the threats to the community that the police may otherwise not recognize.

Finding places where criminals congregate to plan or commit crimes and then exploit various city resources makes it easier to force gangs out of a drug house or evade criminals. Having only one officer visible in an area will often deter crime. Citing a Las Vegas study, the plan finds that something as simple as lighting patrol cars in an area resulted in a 4.6% decrease in violent crime and a 28% decrease in violent service requests.

For this plan to work, resistance silos must fall, and all departments of the City Hall must begin to see public safety as a multifaceted, collaborative effort. It is also important that the data used in decision-making is accurate and up-to-date and that crime analysis is more than just counting crimes. We hope the city will recognize this need and support efforts to improve data collection and analysis.

We also see this moment as an opportunity for other changes. For years police officers have complained about arresting criminals who are back on the streets within hours and continue to pose a threat to communities. Our own research has identified worrying blind spots, meaning that data for a better profile of repeat offenders is rarely available before a judge or judge issues bail. With the police chief’s plan now on the table, we are calling on the city of Dallas, Dallas County, and the prosecution to sit down and see how the bail system can be improved.

As Garcia is well aware, reducing crime means more than just arrests. Residents and all urban departments must face this challenge and commit to being an integral part of the solution. And this participation cannot be and be done. Rebuilding communities to create jobs, housing and investment is also central to reducing crime and, like crime-fighting strategies, must take precedence years, not weeks or months.

By definition, this strategy is intended to be reassessed and revised and thoughts from the council and residents are welcome. What Garcia needs most right now is the Council’s support, without micromanagement disguised as accountability. Police work in America is more complex than ever. Having a boss who seems to understand the complexities and has a strategy to implement is progress indeed.

Do you have an opinion on this subject? Send a letter to the editor and you might get published.

All 14 seats of the Dallas Metropolis Council are to be...

April 8, 2021
© All Right Reserved By dailydallasjournalnews.com