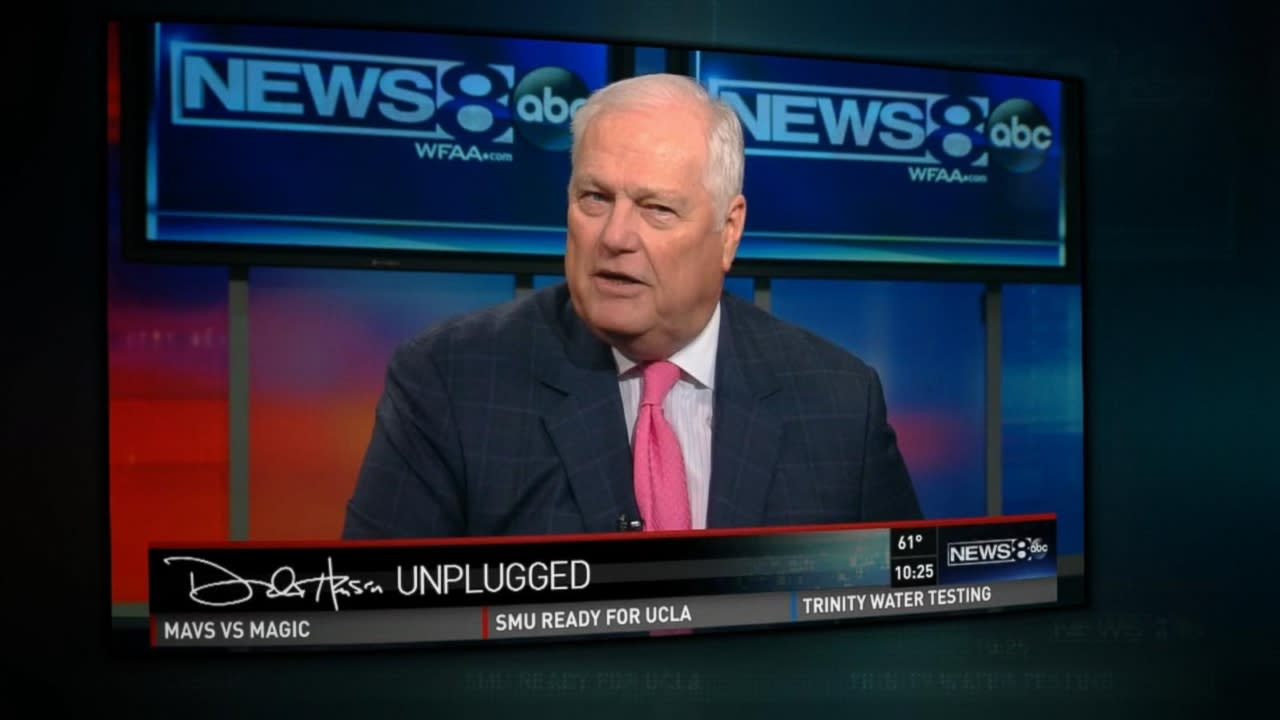 After 38 years of giving his opinion on the Dallas Airwaves, Dale Hansen calls it finished.

The 72-year-old WFAA sports anchor and commentator announced Tuesday that he will be retiring in September. He did so in one fell swoop on a frequent criticism – the Dallas Cowboys.

“There’s an old saying that all good things have to end, and it’s true, all good things do,” Hansen said, according to the WFAA. “I’ve waited 25 years for the Cowboys to win another Super Bowl and I can’t wait any longer.”

Hansen covered the Cowboys, Mavericks, Rangers and Stars after joining the WFAA in 1983. He also worked as a color analyst on Cowboys radio shows during his three Super Bowl wins in the early 1990s. But he’s best known nationwide for his blatant comments on sometimes difficult subjects.

In 2018, he took over cowboy owner Jerry Jones for his tough demeanor that forbade cowboys players from protesting during the national anthem.

“Our policy is for you to stand for the anthem, toe on the line,” Jones famously said amid the height of the NFL national anthem controversy.

When Hansen saw Jones wearing his hat, which was against anthem protocol when he was playing the national anthem in Cowboys practice after making that statement, he had the following to say:

“Jones loves and respects the national anthem so much that he put his hat on when it was played before practice started on Saturday. And when he was told about the mistake he’d made, he still left his hat on.

“Apparently, those who make the rules don’t have to obey them.”

Hansen never hesitated to challenge Jones, often criticizing him for topics ranging from cowboys mistakes in the field to the team’s 2015 decision to sign Greg Hardy on violent domestic abuse charges.

“Hardy’s jersey is now sold in the Cowboys’ online pro shop,” Hansen said in a 2015 video essay. “You can get one for your sister or daughter and then explain to her that Hardy beats up women, but we cheer him now to. Because he’s really good on game day. “

The story goes on

On Tuesday, WFAA celebrated Hansen’s strong stance on other issues like gun control, the COVID-19 pandemic, and former Missouri defensive end Michael Sam, whose bravery Hansen praised after coming out gay ahead of the 2014 NFL draft.

Before Hansen gained recognition for his comment, he won a 1986 Peabody Award for Outstanding Journalism for his coverage of the SMU soccer recruiting scandal. The SMU suffered the NCAA’s only death penalty in football when the program was banned from competition during the 1987 season.

Hansen’s voice, loved or hated in the often heated intersection of sports, politics and social issues in Dallas, will certainly be missing.

Dallas Stars Fanatic Podcast: Stars Fall Again After A Onerous Week – Can They Catch Chicago On The Monitor?

What Dirk Nowitzki means for Dallas: a Q&A with Zac Crain, writer of “I See You, Huge German”

May 6, 2021
© All Right Reserved By dailydallasjournalnews.com