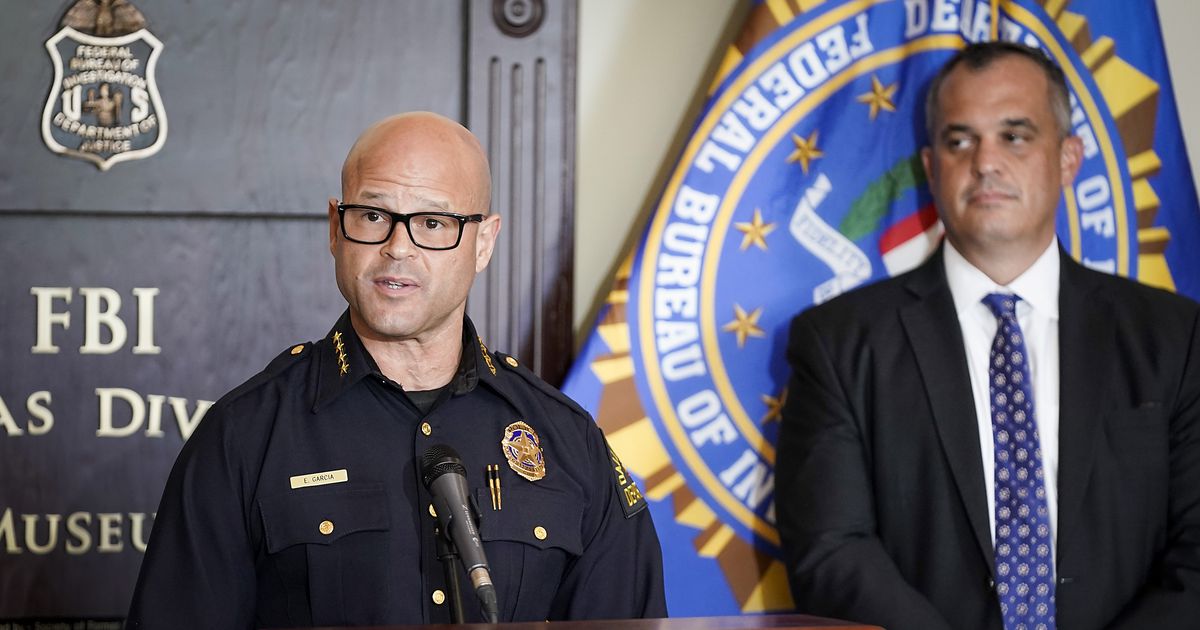 A twin-block apartment complex in one of the most crime-ridden neighborhoods of Dallas served as a major drug distribution center that was both ruinous for the community and unusual in its operation, federal authorities say.

Rival gang factions worked in the adjoining buildings in South Dallas, each responsible for its own drug operation, officials say. If one side ran out of drugs, the other would lend it more drugs for sale, the court records say.

Ten of the alleged drug dealers, many of them reported as gang members, were arrested and charged in a federal court as part of “Operation 50/50 Love”, the federal authorities said on Friday.

The defendants are charged with conspiracy to distribute cocaine and other drug offenses during the takedown, which involved more than 400 federal agents from multiple agencies.

The defendants had their first court hearing on Friday. Their defense lawyers were not immediately available for comment. Officials say the suspected criminal operations were operating on Meyers Street on Park Row, which they described as one of the “most consistently violent areas” of Dallas.

Each “trap room” sold a certain type of drug and had participants who cut, packaged and sold the drug, federal prosecutors said. Excess drugs were stored in vehicles parked on the property so they could be quickly accessed in the event that supplies ran low. The defendants, who served the “left side”, were clearly carrying firearms, the authorities say.

“For a small fee, the dealers allowed their customers to consume drugs in a ‘party’ unit on site,” said the US prosecutor.

If convicted, the defendants could get up to 20 years in federal prison per charge.

Prerak Shah, the acting US attorney in Dallas, said during a news conference Thursday that Dallas is “preparing” for a surge in violent crime this summer, made worse by the chaos of the pandemic. The aim of the operation, he said, is to target violent criminals who are “devastating communities” and also “signaling the rest of the city that federal agencies are watching.”

The city is experiencing an increase in violent crime. After years of steady decline, murders and aggression began to trend upwards in 2015 and have increased over the past two years, according to an analysis by the Dallas Morning News.

Much of the violent crime comes from the same small geographic areas that the Dallas Police Department is targeting as part of its strategy. The inclusion of federal funds and federal drug laws that include heavy penalties is expected to make a difference.

So far, authorities have identified nine defendants in the federal case:

– Sataurus Joe Jackson, aka “Slicc”: Possession conspiracy with the intention of distributing a controlled substance.

– Aretha Lashun Minter, aka “Shun”: Possession conspiracy with the intention of distributing a controlled substance.

Electrical energy is lower once more, so what are your rights?...

These eating places in Dallas might be open for brunch on...

July 14, 2021
© All Right Reserved By dailydallasjournalnews.com